Survival game is indeed a really interesting and thrilling game genre to play because of its gameplay which different than any other game genres. A lot of people love to play this kind of genre not only because of the interesting and thrilling gameplay but also because it is so challenging. Nowadays, there are so many survival games which available on the Android. And from so many of them, there are 5 which we considered as the best survival games on Android up until now. 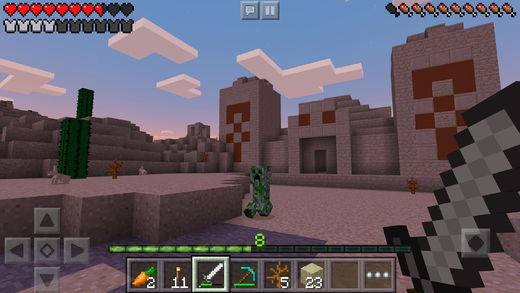 Minecraft can be said as the most popular survival game up until now since it was released in 2009. This pixelated graphics game is played by all ages starting from the kids until the adults. The game allows us to create our own world by building a shelter and etc and try to survive. And in Android itself, this game has reached more than 10 million downloads which show how popular this game is.

The second most popular survival game on our list is Last Day on Earth. This game is about to survive in the land of zombies. We have to gather the resources in order to build and craft a lot of things so we can survive and stay away from danger. And the good thing about this game is that we can play it with the other players worldwide and form a clan to get rid of the zombies and survive together.

Who does not know about this game? Every people in the world must know about this one because it is one of the most successful games on Android. Plants vs Zombies also can be categorized as a survival game because we have to survive from a horde of zombies attack and protect our house from being penetrated by them. With so many challenging levels and difficulties make this game really exciting to play.

The Walking Dead Road to Survival

The Walking Dead Road to Survival is a strategy RPG survival game which has a really good gameplay. In this game, we have to build a base and have some survivors that we can level up and train to make them stronger. And we can bring them into a strategic battle to kill the zombies or play in the PVP battle to face the other real players. There are a lot of things that we can do in this survival game.

The last best survival game on Android is Dead Trigger 2. This First Person Shooter (FPS) survival game is really great because we have to survive from a horde of zombies by using a deadly killing machine such as machine gun, Gatling gun, and much more. There are also more than 600 gameplay scenarios that we can play in this game start from Solo Campaign, Global Mission, and Side Quests.

That is all the best survival games on Android according to our assessment. So, which one of those games that you like? Is there any of them that you have played? Then, if you have not played them at all, you should try them right now.

View all posts by Nathaniel Roxas